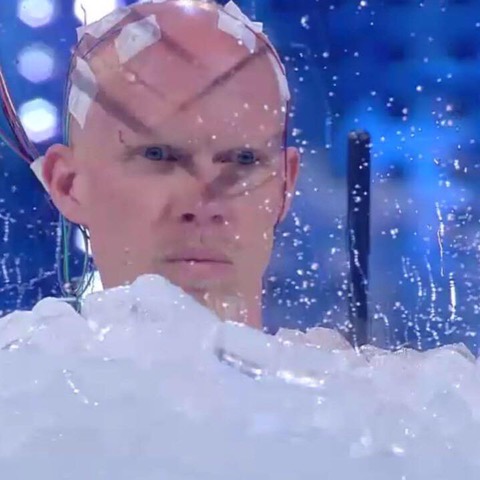 Becoming Iceman or a “cool mind”

In 2019 (11/1/2019) I performed in Italian TV (RAI 1) a memory test, while being covered by a ton of ice measured at -8 degrees Celsius, remaining inside the ice for more than 10 minutes. The performance had two separated difficulties. The memory test, and to remain in the ice.

The world record of being in ice (at an unknown temperature) is more than 2 hours, while no one else has performed a memory test at the same time. The memory test was to memorize 15 cities and temperatures for each city, within 60 seconds. While still covered in ice I was asked the cities and their temperature in random order and I simply replied to each, taking my time, balancing the conditions.

Today I am a coach, specializing myself in the energy, which is very often depending on one’s thoughts, beliefs and emotions. You might ask, how can such skills be combined with a good memory (and of course a technique to memorize) so that you can do a memory test in ice?

Well, first of all, it is very important that you prepare yourself, that you maintain a positive mindset. If not, your memory exercises probably will not be that very good. I performed memory tests while taking a cold shower (which isn’t even close to the -8 degrees, but around 14 degrees above 0).

Believing that I can do it and visualizing the performance over and over was very important for me to succeed the test. Visualizing and making a rule set for my emotions that makes my performance being at a top energy were my main skills to keep myself at the top performance. To keep my energy at the top I also used a breathing technique that enhanced my energy and my body temperature.

I failed often while being in the cold shower, and I think the process of performing with failure was another key skill. Fail, retry, make small changes, and try again. And of course, you need to develop a mind set that to quit is not an option, and to always smile no matter what, you just keep on until you are ready and you perform the challenge successfully.